5 Healthy Snacks for 150 Calories or Less 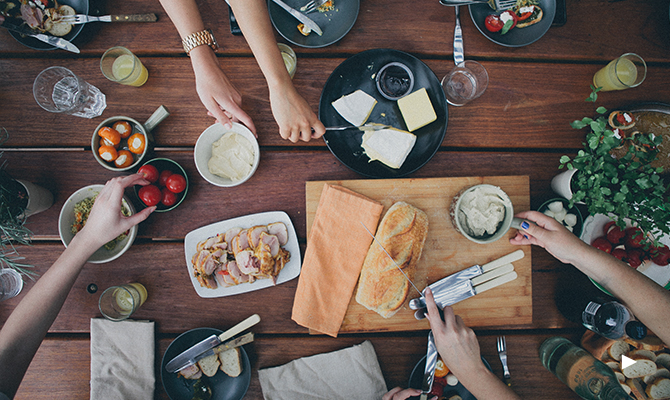 We Will Overcome This Together - Preferred Member

Controlling the Candy Monster in this Halloween

When I was little, there was a guy down the street who bucked the Halloween candy trend, and instead pulled quarters from behind our ears. His place was really popular, but he also knew all the kids in the neighborhood, so we all knew that one quarter was the limit — no circling the block and coming back for more. But now it seems that in this era of supersizing — where more is always better and there are almost no limits — we’ve managed to supersize Halloween, too.


No longer is it just about scary costumes and fun with friends and family. The focus seems to be more on who can collect the most candy. I don’t recall exactly what I used to carry my loot, but I’m positive it wasn’t a pillowcase ——which, thanks to its light weight and large size, seems to be the preferred method for hauling Halloween booty.

Does anyone really need a pillowcase full of candy?
I don’t want to spoil anyone’s holiday—but when you recognize that Halloween revelers spend the evening collecting a staggering 600 million pounds of candy from strangers, perhaps there are things we can do to make us feel as if we’re contributing just a little bit less to the madness.

We’ve learned some lessons from food psychology research that might well apply here.
For example, we know that people eat less from smaller bowls or plates than larger ones—people judge ‘how much they have’ based on how well it fills up a plate, bowl or cup. We also know that people serve themselves less when they’re dipping or pouring from small containers rather than larger ones.

So what if we dole out candy from a small bowl rather than a huge cauldron? Maybe kids would take a little less. And, if we provide our own kids with smaller containers for collecting goodies, they might be satisfied with less, too. All they really want is to go home with a full container—whatever size it is. So out with the pillowcases—and bring back the old-school plastic jack-o’-lanterns.

The other thing we’ve learned is that the more variety we’re faced with, the more we’re likely to serve ourselves, too. We tend to eat more at buffets for this reason. The same should hold true for candy. If you offer the little goblins an array of candy, they’re probably going to try to take one of each—and you might feel a twinge of guilt for indulging their gluttony. But limit your offerings to just one type of candy, and it’s more likely they’ll just take one.

You could, of course, buck the candy trend altogether, too. Pulling coins from behind kids’ ears may have lost its appeal, but you could pass out small packs of nuts, colorful stickers, pencils, temporary tattoos and Halloween-themed party favors—all guilt-free alternatives to traditional sugar-laden treats.